“I was very hungry,” said the mother of five, imprisoned in São Paulo for stealing from a supermarket two packages of instant noodles, powdered juice, and a bottle of soda. The price: R$ 21,69 (US$3,84). With her preventive detention decreed, the São Paulo Court of Justice denied the habeas corpus of the State Public Defender’s Office in favor of the accused, justifying the decision by the recidivism and “discrediting past” of the defendant. Among the lawsuits and accusations faced by the 41-year-old woman, who has lived on the street for at least 10 years, are:
Theft of 50 meters of wire, valued at R$600 (US$106).
Theft of two deodorants valued at R$19.40 (US$3,43).
Subtraction of food and hygiene products, which together add up to R$283.33 (US$50).

Habeas corpus was only granted at the Superior Court of Justice (STJ). In June, the court ordered the closing of a criminal action opened in the Minas Gerais State Court against a man accused of stealing chicken cuts, in the amount of R$4 (US$0,71). At the time, Minister Sebastião Reis Júnior recalled that the number of cases in the superior court rose from 84,256, in 2017, to 124,276, in 2020 – an increase of 47%. If the pace is maintained, there will be around 132,000 criminal cases by the end of this year. The situation, therefore, is one of overload.

The variety of damages caused by criminal proceedings in petty crimes contrasts embarrassingly with the value of the objects of these crimes. In addition to the procedural processing costs, this account – paid with public money – includes the maintenance of one more person in the already collapsed prison system and, above all, the freedom of someone who was already in a situation of extreme vulnerability. Being a defendant in several criminal cases will undoubtedly be another exclusion factor in the path of this mother with five children to support.

Pierpaolo Bottini, Professor of Criminal Law at the University of São Paulo, who carried out a study on the subject, compared the application of insignificance in common crimes, such as theft, and economic crimes, such as tax evasion. The conclusion was that in common crimes, the principle of insignificance was applied when the value of the asset did not exceed R$200 (US$35,40). As for economic crimes, where the victim is the State, amounts below R$20,000 (US$3,540), in general, were not, in the opinion of the Justice, liable to be the target of criminal activity. The data cited by Bottini shows the flagrant selectivity of the justice system since the two types of crimes are committed on floors of the social pyramid that are very far apart.

The case of the imprisoned mother in São Paulo exposes the perversion in the use of criminal law and the disturbing lack of interest of judges in the consequences of their decisions for the individual, the State, and society. The history of habeas corpus, which had to rise to a higher court, raises a warning, as the economic and health crisis has decisively contributed to the fact that Brazil now has 19 million people suffering from hunger and more than half of the population (55%) in food insecurity – living with uncertainty about whether or not there will be food tomorrow. 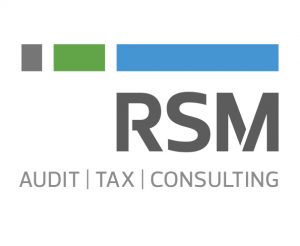